‘We Are Not Going To Stop’ 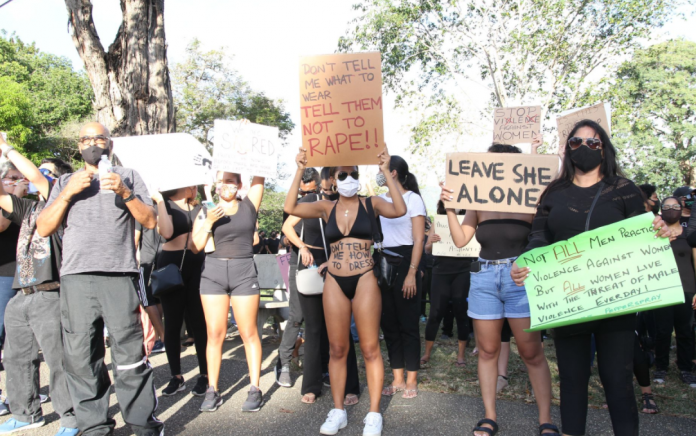 (Trinidad Guardian) Two young men organised a protest at the Queen’s Park Savannah yesterday as the country continued to react to the kidnapping and murder of Andrea Bharatt.

After her body was found on Thursday, citizens from all across the country have been finding ways to honour her legacy as well as press for change in the way women are treated and laws to prevent more women from suffering a similar.

On Sanday numerous rallies, protests and motorcades were held.

Several hundred protesters who gathered at the Queen’s Park Savannah yesterday called for the legalisation of non-lethal weapons for women as well as stricter legislation for rapists and kidnappers.

The protesters began gathering from 3 pm, armed with placards to register their discontent with the treatment of women and girls in Trinidad and Tobago.