Weather Conditions in SKN Expected to Improve Throughout Day 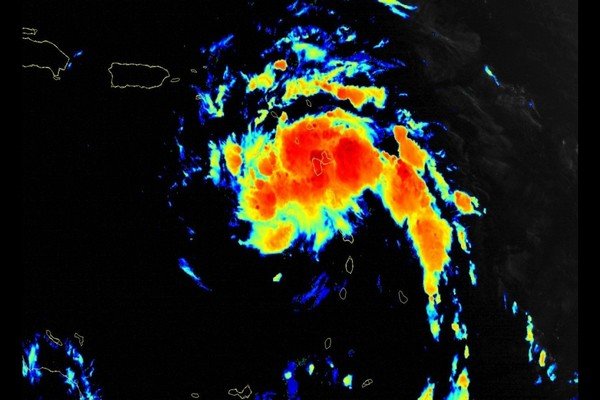 St. Kitts and Nevis (WINN): An update on the weather system moving through the island chain from Elmo Burke of the St. Kitts Met Office.

“We are monitoring potential tropical cyclone number six. It is generally southwest here in St. Kitts and Nevis. It would have created quite a bit of shower activity overnight into this morning. This is expected to continue more so throughout the afternoon, with a gradual improvement as we move into the evening. Some more showers are anticipated, some of which may be moderate to heavy at times accompanied with some thunderstorms. Sea conditions remain choppy, and these [going to] remain like that until the system pull away from the island chain… we’re likely to experience some gusty conditions, and as such, we are asking residents to exercise extreme caution in areas that are normal to flash flooding and rock falls,” said Mr. Burke.

According to the National Oceanic and Atmospheric Administration’s National Hurricane Centre, the system will likely become a tropical storm today or later tonight.

Tropical storm warnings are in effect for the USVI, Puerto Rico and the Dominican Republic.

If named, this weather system will become Fred, the sixth named storm on the list.