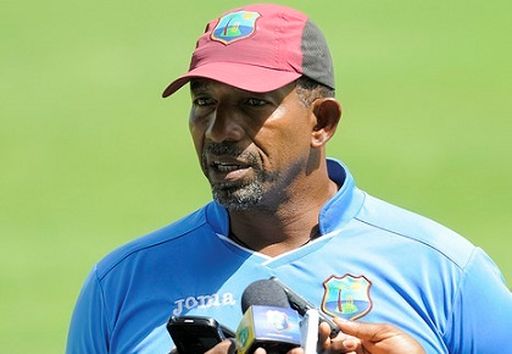 And rather than dwell on the omissions, Simmons has urged the public to rally behind the 15 that were chosen for the regional side’s title defence which begins later this month.

Speaking to the media yesterday, at the first virtual press conference by the Windies team as they prepare for the tournament, Simmons, who is a member of the selection panel, defended the choice.

“Everybody has their opinions. When the four of us sit to select our teams, we try and select the best team that we think possible to win the tournament we’re going to or the series we’re playing in. We expect there to be people who don’t agree with our selections so you get these things; it doesn’t surprise me,” he said.

Asked specifically about Holder, Simmons declined to go into details about the decision to make him a reserve player but contended that given the others who were up for selection, he did not make the cut for the 15.

“It has been a tough decision. I am a fan of his ability… It was a difficult decision but it’s a decision that we think we’ve got right, in this case,” he said.

The selection of Thomas and Walsh, who did not make much of an impression during the recent Caribbean Premier League (CPL), as well as Bravo, was also questioned.

“When we select 15 we look at the balance. Oshane bowled well in the games that he played. He bowled quick, which is what, we want him to do and which he continues to do. We’ve had feedback from Rajasthan Royals [in the IPL]. Hayden was the Man of the Match in the Australia series.

“We keep talking about CPL and you talk about Darren Bravo. Darren Bravo was the next batsman on the line as an out-and-out batsman who has done well in T20 cricket, in One-Day cricket, so those are the things we have to look at when we are trying to balance off the team. And at the end of the day, we think that we have the right balance,” Simmons said.

He added that while the furore about selection has not had a negative impact on the team because both the players and staff “know what we’re here for”, the public’s support will be crucial for the West Indies, which is the only side to ever win the T20 title twice.

“People need to back us in the things that we do. Sometimes we’re closer to things than the people who are commenting outside so we need to be backed in the decision that we made. Right now what we need is the backing and the good vibes from everybody because we are going into a tournament in 10 days’ time,” the head coach said.

The Windies will begin their campaign to retain their title with a match against England on October 23 in Dubai, in a rematch of the 2016 final.