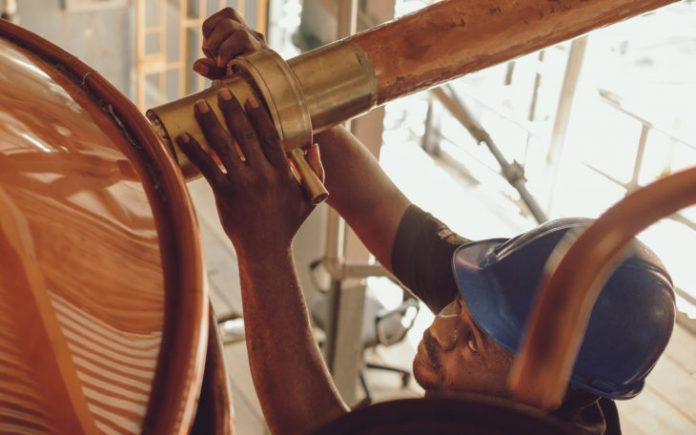 (Barbados Now) A new rum pot still is coming to the West Indies Rum Distillery (WIRD), producer of more than 82 percent of all Barbados rum and distillers of the internationally awarded Plantation Rum.

Assembled by legendary coppersmith John Dore & Co, one of the most famous distillation companies in the world, the new equipment has been dubbed the ‘Hot Pot Still’ in tribute to the popular Hot Pot beach in Brighton, St Michael where WIRD is located.

“We have been working on this project for quite some time and we are very excited to see it come to fruition. This is an investment not only for WIRD but for all fans and stakeholders of Barbados rum,” said Don Benn, Master Distiller for more than 20 years at WIRD. “This will help us greatly in reconnecting with our past Rum production methods as we will be distilling Rum as it was done in the early days of rum production in Barbados 1750s.

“Our new Hot Pot Still is a distillation system inspired by 18th century techniques, and all the old copper pieces and rivets were actually handcrafted in keeping with tradition. We are assembling the equipment at this moment and we are very excited about what the future holds.”