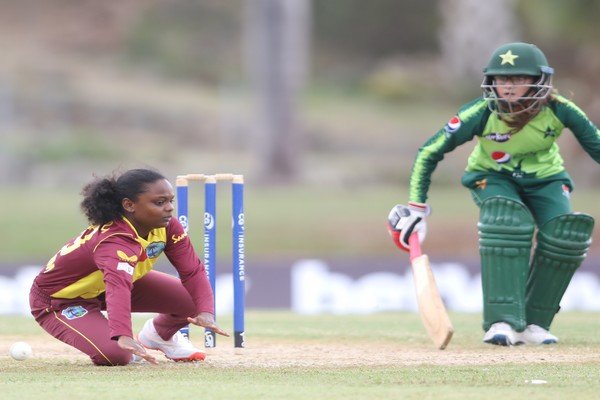 St John’s, Antigua – The West Indies Women secured their first series win since May 2019, earning Courtney Walsh his first series victory as Head Coach, when they defeated Pakistan Women by 7 runs via the Duckworth/Stern/Lewis method in the CG Insurance 2nd T20 International, played at the Coolidge Cricket Ground in Antigua.

On a day when other parts of the Caribbean were battening down against hurricane Elsa, the West Indies Women took it upon themselves to rally and give their loved ones back home something to cheer and be happy about.

Head Coach, Courtney Walsh looking forward to the ladies going for a clean sweep of the series, told CWI Media, “I don’t expect any complacency to set in. Winning is a habit to have and I want us to go out and focus on us winning the series comprehensively.”
West Indies Women

Kycia Knight was the CG Insurance Player of the Match

Top-scorer for the West Indies Women A-Team, Rashada Williams told CWI Media, “I top-scored in the first game and I should’ve carried on today but this exposure is really enjoyable and it’s giving me an opportunity to measure my talent against players who have played international cricket for Pakistan. Our team is building and we will get that victory.”