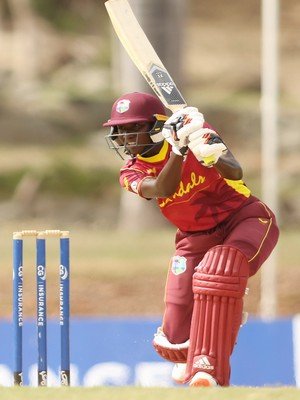 The Selection panel also named a 12-member West Indies Women “A” Team to play Pakistan Women “A” Team in the second and third matches of the 50-overs “A” Team series on July 13 and 16 at the Coolidge Cricket Ground (CCG) in Antigua. First ball in all matches is 9:30 am (8:30 am Jamaica Time).

In the senior squad Rashada Williams and Shabika Gajnabi have been named to replace Caneisha Isaac and Aaliyah Alleyne, who are both injured.

Ann Browne-John, CWI’s Lead Selector of the Women’s Panel, said: “The team has had two clinical victories in the first two CG Insurance ODIs. There has been some outstanding innings and the bowling has been generally spot on. All-rounder Chinelle Henry is back which will strengthen both batting and bowling. In addition, Shabika Gajnabi and Rashada Williams who have both performed well in the ‘A’ team have been included which gives them the opportunity to get more experience at the senior level.”

Fans in the Caribbean can watch the CG Insurance ODIs live on Flow Sports or via the Flow Sports app. Live radio commentary is available on the Windies Cricket YouTube channel. Fans can also follow live ball-by-ball scoring in the www.windiescricket.com live match centre.