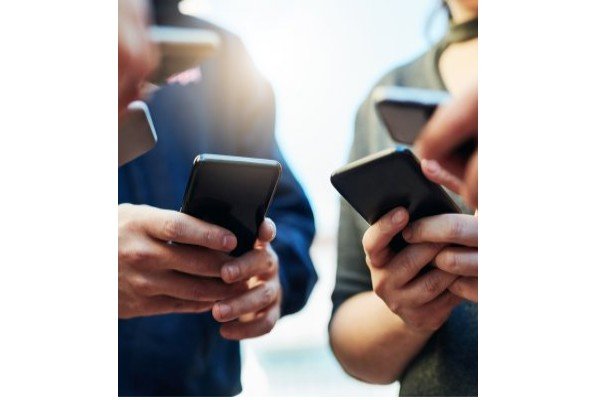 St. Kitts and Nevis (WINN): Sergeant Jerry Watt and Detective Constable Daniel Davy of The Royal St. Christopher and Nevis Police Force- White Collar Crime Unit has sensitised the public on the Electronic Crimes Act; warning that, whether you actually know the law or not, once a crime is committed, you have no excuse.

Sergeant Watt clearly stated, “Persons often commit offences relating to computers and they are unaware that they have committed offences. It is presumed that every man knows the law, regardless of not actually knowing the law; it is not an excuse to commit a crime if you claim that you’re not aware that you have committed a crime.”

What are some of the offences committed through the Electronic Crimes Act?

“This Act covers a number of offences which includes computer-related forgery, computer-related fraud, data espionage, interfering with data, interfering with computer systems, unlawful disclosure of access goods, but two of the most prevalent ones we see are child pornography and unlawful communication,” said Constable Davy, during the radio program “Policing With You” on ZIZ.

Explaining the definition of unlawful communication Sergeant Watt said this is an offence that is quite prevalent in St. Kitts and Nevis and may occur via a computer through any social media platform.

“This is one of the most common or most prevalent offences we have seen as it relates to the Electronic Crimes Act. Basically, it is the sending of electronic information via a computer system or computer. You have to first look at the information that is sent; if that information can be considered to be a threat or menacing character, or probably something that is harassing to someone or obscene. If the person who receives that information feels threatened or experiences some form of emotional distress, that will be considered as unlawful communication,” said Sergeant Watt.

Unlawful communication may include nude photographs, profanity, and harassing messages. The Police Sergeant reiterated that as long as the recipient of the message feels threatened, harassed, molested, or intimidated, that is an offence. He added that, if the subject of that message is some other person and it comes to the recipient’s attention, that is still considered to be unlawful communication. This type of offence may be investigated through several departments such as the Cyber Crimes Unit which deals with the processing of computers, as well as the White Collar Crimes Unit and the Criminal Investigation Department. The Sergeant said any person who is offended in this regard can contact the police, which will then investigate the matter. Another available option is for the individual to contact their lawyer.

The fact remains that some individuals commit these crimes and go unpunished, whilst others are not aware that they are victims of the crime. Sergeant Watt, therefore, disclosed that individuals have been arrested and charged with the offence of unlawful communication.

“What is interesting about it is, despite the fact that the [Electronic Crimes] Act has been on the books since 2009, I am only aware of three instances of persons who were charged with unlawful communication. I don’t believe there are more but there is a possibility that there might be other people who were charged. I personally have charged two persons for the offence. One was charged and convicted and was fined $6,000. We have one instance where one person was charged for unlawful communication, where the victim of that crime was all the way in St Vincent. However, when the case came up in court, that individual decided to forego prosecution; but, the fact of the matter is that you can commit the offence, while being overseas. You could stay in England and send a message to somebody in St. Kitts or distribute something via Whatsapp. If you were to return to St. Kitts, you could be arrested and charged for doing it. So it is one of the crimes that actually crosses jurisdictions.”

From the perspective of the law, once messages are forwarded to a third party or a fourth party or more, those parties are also held accountable from an even higher standard or face harder punishment. Constable Davy, therefore, outlined the penalties that one can face as a result of unlawful communication.

“If the recipient is the subject of the unlawful communication, then the penalty is EC $10,000 or 12 months imprisonment or both and if it’s sent to someone and if it is sent to someone and disseminated to more persons, then the penalty increases to EC$15,000 or two months imprisonment or both. You could be fined and confined.”

In this regard, the general public is being urged to use their computers responsibly. Individuals are also encouraged to keep abreast with the law, as the possibility remains that crimes can be committed unknowingly.

The law defines a computer as any electronic device that has the capability of processing data automatically with instructions or commands or has the ability to store data as well. Based on the law a computer may include a desktop, laptop, tablet, iPad, mobile phone, Smart Tv, and Nintendo Switch, once that device falls under the Electronic Crimes Act.

Quite similarly, the computer system is more than one computer connected together or an additional hardware device connected to a computer.