WHO Calls for Moratorium on COVID-19 Booster Shots 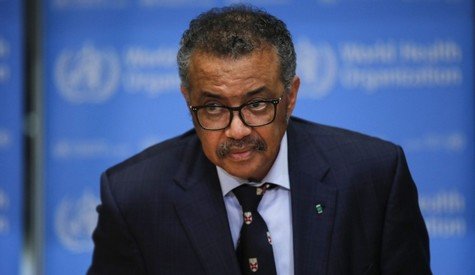 St. Kitts and Nevis (WINN) – The World Health Organisation (WHO) calls for a moratorium on boosters shots.

“Even while hundreds of millions of people are waiting for their first dose, some rich countries are moving towards booster doses… I understand the concern of all governments to protect their people from the delta variant. But we cannot and will not accept countries that have already used most of the global supply of vaccines, using even more of it while the world’s most vulnerable people remain unprotected,” said Dr Tedros Adhanom Ghebreyesus, WHO Director-General during the August 4 WHO Media briefing on COVID-19.

Dr Ghebreyesus recounts a presentation from Harriet Nayiga, a midwife in Uganda, sharing her story as a health worker during the pandemic earlier this year. The COVID-19 situation worsened as the year went on variants were introduced on the continent.

Nayiga sent an update via email on her situation before the press conference, and Dr Ghebreyesus shared the communique.

“This morning (August 4), Harriet sent us this email. I quote: “I got my first shot, and I am yet to receive the second. The situation was tough for the last two months where over 2,000 people have died so far, including health workers. We hope that the vaccines will be able to reach different parts of the country and hope that people will be responsible enough and go for vaccination.” She says “otherwise COVID-19 is spreading though people are not moving to work in order to earn a living since the majority depend on hand to mouth.” end of quote. This is the reality for hundreds of millions of people around the world. They cannot afford to stay at home. The work to eat.”

Dr Ghebreyesus said the emphasis should be on prioritising vaccines for health workers, older people and other at-risk groups who need COVID-19 vaccines now and have not gotten even a single dose and laid the responsibility of the future of this pandemic at the feet of the G20.

“The G20 has a vital leadership role to play as the countries that are the biggest producers, the biggest consumers and the biggest donors of COVID-19 vaccines… It’s no understatement to say that the course of the pandemic depends on the leadership of the G20 countries,” said Dr Ghebreyesus before stating that the Health Ministers for the G20 are to meet in one month before the G20 summit in October and challenged them to commit to supporting the WHO’s stance on vaccine supply and the booster moratorium.

According to the WHO, more than 80 per cent of the vaccines administered globally have gone to high and middle-income countries even though those countries account for less than half of the world’s population.

According to vaccination report #128 from the Ministry of Health dated Saturday, July 31, 72.3 per cent of the target, 33,037, have received the first dose of the vaccine, and just under 60 per cent got their second shot in St. Kitts and Nevis, a Small Island Developing State (SIDS).

WHO is calling for a moratorium on boosters until at least the end of September to enable at least 10 per cent of every country’s population to be vaccinated.

According to an article by Reuters, “last week, Israeli President Isaac Herzog received a third shot of coronavirus vaccine, kicking off a campaign to give booster doses to people aged over 60 in the country.

The United States signed a deal in July with Pfizer/BioNTech to buy 200 million additional doses of their COVID-19 vaccine to help with pediatric vaccination as well as possible booster shots even as U.S. health regulators were still assessing the need for a booster dose.