Who is going to take over after Dr. Douglas? 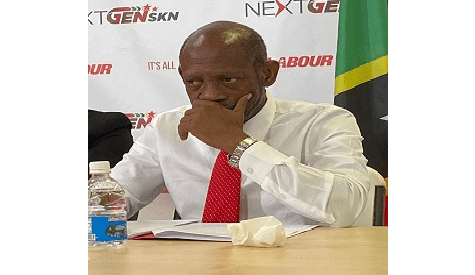 St. Kitts and Nevis (WINN): Dr. Denzil Douglas is declaring his full support for Konris Maynard as the next leader of the St. Kitts Nevis Labour Party (SKNLP) ahead of the party’s national conference in November of this year.

In a voice clip gone viral on social media speaking on the leadership of the SKNLP, Dr. Douglas is quoted as saying “I would ask that you consider Konris Maynard”.

Dr. Douglas, who has led the SKNLP since 1989 said “I don’t want anyone to pick up this propaganda that Douglas doesn’t want to give up leadership”.

He continued that “this is what is being said by our own comrades and I feel very disrespected when people make statements of that kind.”.

The SKNLP Leader stressed that “since Dr. Drew wants to contest, I think they should contest with the other two who are interested in contesting and at this stage, and I recommend you consider Konris.”.

“I am not contesting with anyone,” he made clear, adding that “it has never happened in our party before for the 90 years of the party. No leader has been challenged in that way and it will not start with me.”.

Sources say Dr. Douglas was at the time addressing SKNLP supporters in a virtual meeting when those comments were made.

The endorsement of Konris Maynard for the leadership of the SKNLP comes as a shocker to many people in St. Kitts and Nevis as political pundits were predicting that the backing would have been given to the party’s current Chairman, Dr. Terrence Drew.