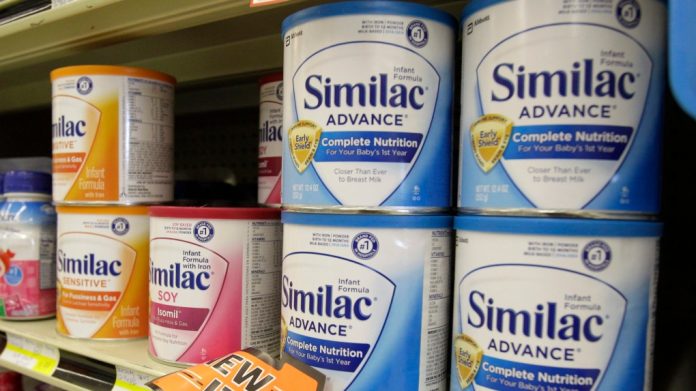 Abbott Laboratories, the US Manufacturer of the Similac Infant Formula announced last week that it recalled some of its products manufactured in the Sturgis, Michigan site.

The powder infant formula products were recalled because of possible microbial contamination.

According to the US Centers for Disease Control and Prevention (CDC), Cronobacter usually causes sepsis or severe meningitis in infants (12 months old or younger). Some infants may experience seizures.

Salmonella Newport severely affects children younger than five years of age, adults 65 years and older, and people with a weakened immune system. Most infected with Salmonella develop diarrhea, fever, and stomach cramps for six hours up to six days after being exposed to the bacteria.

1. Wholesalers and retailers should check the labels of all Similac infant formula and remove the impacted products from the shelves.

2. Consumers should check all Similac infant formula in their possession. To identify if you have a product affected by the recall, check the number on the bottom of the container. The impacted batch numbers can be found on page 2 of this release.

3. Consumers must discontinue the use of products affected by the recall.

4. If your infant has consumed the recalled formula and exhibits fever, diarrhea, poor feeding, listlessness, or any other unusual symptoms, seek medical care for your child immediately.

These steps are precautionary measures recommended to protect children from potentially tainted products.

Across the region, Ministries of Health in other Caribbean islands have also issued recalls of the product, including The US Virgin Islands and Trinidad and Tobago.

In the Bahamas, an article published online on Eyewitness News reported on a mother and her 12-week old girl who suffered symptoms of bacterial infection.

After the recall was issued, the mother, Kristen Rolle, said she cross-referenced the code of the bulk purchase she made that confirmed she had a recalled batch.

The 12-week old has now improved since switching from the contaminated product.

WINN reached out to the Department of Consumer Affairs for comment on the recall but was unsuccessful.