Why Extend the State-of-Emergency Until the End of the Year? 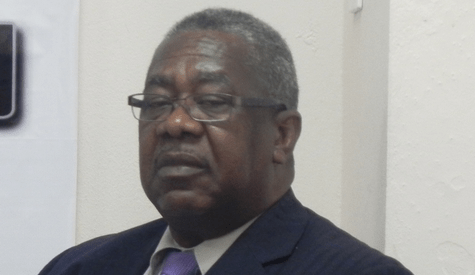 St Kitts and Nevis (WINN): As officials brace for a potential increase in coronavirus cases when the borders reopen month-end, the government moved to extend the state of emergency from Monday, October 19 to December 31.

“The state of emergency does give to our medical team, does give to those who continue to advise, to work, to have people comply; the tools by which we can ensure that our people are protected. And as we go over the next couple of weeks to move to open the borders the state of emergency will not interfere with that. But will allow our medical teams, our security forces, our task force to be in a position to administer our response to COVID-19.”

Opposition Leader Dr. Denzil Douglas and the St Kitts Nevis Labour Party had sought the court ruling expressed discomfort with an extension of a state of emergency.

“We still question whether it is absolutely necessary to remove, to restrict the Civil liberties and freedoms of citizens of this country in order to be able to manage the COVID19 pandemic. As a result of this spread of the Coronavirus we believe that we can continue to prevent the spread of this virus and thus, the negative effect of this pandemic through other legislation for example; the COVID-19 prevention and Control Bill 2020, which we had a first reading for this morning in this assembly. It is because of that uncomfortable feeling that I’m asking why couldn’t we have introduced this today, have its full effect, as in means as an instrument of controlling the spread of the virus rather than having to resort to a furtherance of the state of emergency which people are uncomfortable with?”

“States of emergency, Mr. Speaker, that occurs in countries around the world as we have seen it over time tend to have a military component barricades, guns. Where there is civil unrest. That’s what we understand the state of emergency to be normally; with the threat to life in a different way from bullets flying, even today’s in protests in some countries, in Eastern Europe, a war. In our case, as it is in most of the world there is a fear, a deep concern that if we don’t have the tools to manage and control. The transmission of COVID-19 it could affect some relative of ours, some person we know. There’s a concern. The member opposite has said, well, we don’t need it. We could use the Public Health Act or even COVID-19 Act. The COVID-19 Act is not in place yet. We had a first reading. And. I’m not trying to be pedantic. But it gives time, hopefully over the next couple weeks; three weeks before [we] open, for it to be circulated and understood, not only by members of this parliament, by the community at large.”