Wickets for Joseph, Runs for Hetmyer, Win for Guyana 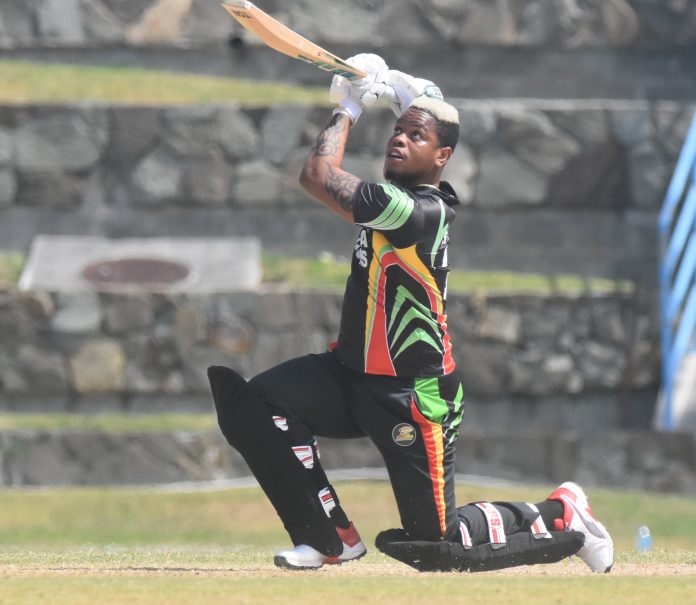 ST JOHN’S, Antigua – Fast bowler Keon Joseph had a huge impact with the new ball and Shimron Hetmyer made a stroke-filled half-century as Guyana Jaguars recorded a comprehensive victory over Windward Islands Volcanoes in the CG Insurance Super50 Cup on Monday.

Joseph steamed in from the Sir Curtly Ambrose End and took two key wickets in the first over of the match. He had dangerman Andre Fletcher caught at cover by Tevin Imlach and moments later had captain Sunil Ambris taken behind by Kemol Savory.

Joseph had impressive figures of 4-24 and was later named the CG Insurance Man-of-the-Match. Volcanoes were bowled out for 153. Hetmyer made 67 not out as Jaguars reached 155-1 off 28.4 overs in reply – to win by nine wickets at the Sir Vivian Richards Stadium.

The victory was the fourth of the tournament for Jaguars who finished the preliminary round second in the standings on 16 points behind the unbeaten Trinidad and Tobago Red Force (20 points). The Volcanoes ended third on eight points followed by Jamaica Scorpions (eight), Barbados Pride (four) and Leeward Islands Hurricanes (four).

After Joseph’s spell destroyed Volcanoes batting, Chandrapaul Hemraj got Guyana off to the ideal start as he made 41 off 32 balls with seven fours and a six. He added 62 off 58 balls for the first wicket with Imlach who scored a polished 37 not out. Hetmyer was dominant and struck three fours and four sixes to record his second half-century of the tournament, in a 93-run partnership with the patient Imlach.

Speaking after the match, Joseph said he enjoyed his performance and was happy to contribute to the team’s success as they now look ahead to the semifinal on Thursday.

“When I started, I realized I had to be spot on. It was the kind of pitch that if you got too full or a bit too short you would be punished. I think I got it spot on this morning. The coach always talks about hitting the top of off stump, and that’s what I aimed to do,” he said.

“I’ve been around the team a while, so I know when I get the ball the team is looking for me to produce. The camp is good ahead of semi-finals, we just have to tick all our boxes, keep consistent, win the semifinal and potentially get to the final.”