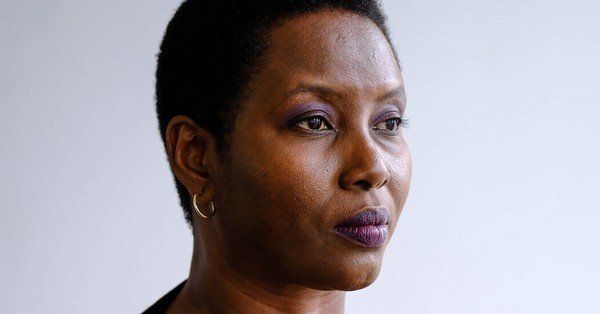 PORT AU PRINCE, Haiti (CMC)— The wife of President Jovenel Moise, has appeared before a judge investigating the July 7 assassination of the head of state at his private residence.

Martine Moïse had survived the attack where gunmen pumped at least 12 bullets into her husband. She had to be flown to the United States for medical treatment.

Moise in a statement said that she “was in the cabinet to answer questions from the judge to see how the investigation into the death of President Jovenel Moïse can advance.”

“I answered all the questions, just under 80 questions over three to four clock hours,” she said regarding the appearance before the examining jurist, Garry Orélien on Wednesday.

Media reports had said she was protected by heavily armed foreign bodyguards and a large escort of the Haitian National Police (PNH) when she went to the Courthouse of Port-au- Prince.

In the statement, Moise said that she had become a civil party to the situation “because I want the investigation to advance and succeed.

“All we want, all we are waiting for is that justice be done,” she said, reiterating that she will continue to ask for justice for her husband. She said she could not say whether or not the investigation is on the right track, she also encouraged persons with information to participate in the investigation.

“If someone has information about a person who is the subject of a warrant, a search notice, share the info,” she added.

Police have arrested at least 44 people, including 18 Colombians and two Americans of Haitian descent, in connection with the assassination of Moise.

Police are also searching for several others, including Joseph Félix Badio, regarded as one of the main suspects in the assassination.

Meanwhile, the former US envoy on Haiti says the United States made a mistake by backing Prime Minister Ariel Henry following Moise’s assassination.

Daniel Forte, who resigned in protest last month testified Thursday at a Congressional hearing that Henry’s government could not survive “for a minute” without US support and that the new government in Port au Prince is not credible.

Henry was appointed two days before the July 7 assassination by Moise, who had been ruling by decree, ushering in a new crisis in the French-speaking Caricom country already battered by rampant violence and natural disasters.

Foote said he had no personal grudge against Henry but believed the “consensus is nearly unanimous” among the public that the prime minister belonged to a ruling party that was to blame for Haiti’s problems.

“Haitians see that as meddling and are not happy and do not see the current interim government as credible,” Foote told the House Foreign Affairs Committee.

Last month, Prime Minister Henry reiterated a commitment to bring to justice, those responsible for the assassination of President Moise, dismissing once more allegations that he had spoken by telephone with one of the main suspects on the night of the killing.

A statement from the Office of the Prime Minister said that it wanted to “clarify, once and for all, this affair of telephone communication between the Prime Minister and the so-called Joseph Félix Badio” and also to put an end to “the noise orchestrated at the national and international level” around telephone conversations which took place the night of the assassination.

Last month, the country’s chief prosecutor, Bed-Ford Claude, announced that he asked a judge investigating the assassination of Moise to charge Prime Minister Henry with involvement in the case over alleged phone calls he made to the main suspect.

The prosecutor is accusing Prime Minister Henry of communicating with Badio, a fugitive who once worked at Haiti’s Ministry of Justice and the government’s anti-corruption unit and is now being sought by the authorities in connection with the assassination.