Windies Taking Nothing For Granted Against New-Look Batting, says Roach 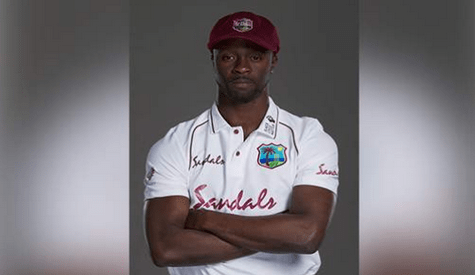 The hosts have made several changes to the side which toured the Caribbean last year, with rookies Dom Sibley, Zak Crawley and Ollie Pope— with less than 20 Tests among them — all named in the 13-man squad.

Significantly, England’s captain and batting leader Joe Root will be missing due to the birth of his second child, leaving West Indies with only a couple of experienced heads to target.

And while West Indies enjoyed resounding success against England’s batsmen last year, Roach said it was critical West Indies bowled with the same intensity this time around despite the changes.

“I’ve seen that England have basically changed their batting line-up. It’s all about assessing each batsman, finding their weaknesses and obviously exploiting them,” Roach told an online media conference here yesterday.

“Of course I would’ve loved to have the same batting line-up because that’s what we’ve gotten accustomed to over the last few series we’ve had. But there are a few changes here so it’s about sticking to your game plan, assessing each batsman and seeing how well we can come up against them.

“Obviously a Test match without Root — the fantastic stats he has — is going to be a bit of an advantage for us. He’s the one that keeps the England batting together and he’s done fantastically for them for the last couple years.

“So without him it is a bit of an advantage for us but also a bit of a disadvantage because they are some new guys coming in that we have to work out and obviously see what their weaknesses are and try and to exploit them.

“It goes 50-50 but once we get stuck in and we hit our straps and obviously put the ball in the right areas, we stand a very good chance of going out there and performing well.”

Roach was at the forefront with a five-wicket haul in the opening Test at Bridgetown last year when England were bundled out for 77 in their first innings — the lowest ever Test total at Kensington Oval and their fourth lowest overall against West Indies.

The performance set the tone for the series as England fell for 246 in the second innings to tumble to a heavy innings defeat, and then failed to muster 200 in either innings of the second Test at St John’s to go down by 10 wickets.

Roach finished the series with 18 wickets at a shade under 14 runs apiece and said he was confident he could once again put England’s batsmen under pressure.

“I’m confident. I’ve been working hard following on from that series [in the Caribbean] so my body’s in good shape,” said the 32-year-old who has taken 193 wickets from 56 Tests.

“I’ve been working hard with my coaches doing a lot of bowling [and] a lot of drills so [with the first Test] coming up on Wednesday, I’m ready and raring to go and full of confidence.

“We had a pretty long camp in Manchester. We got a chance to get on the field and get some match practice as well…but I think I’ve bowled a fair amount of overs to get myself ready for this Test series so I am feeling much ready.”

However, Roach will lead an attack which struggled on the last tour of England three years ago, when they managed to dismiss the hosts only twice in five innings.

The Barbadian, who picked up 11 wickets then, backed the Windies to produce improved performances this time around.

“[It’s a] change of conditions [and] change of atmosphere [and] adapting can be a slight weakness of ours. That’s why our away record is not as good as at home,” Roach explained.

“But I think we’re more experienced now; a lot of guys have played all over the world a couple times so we’re pretty familiar with conditions…so it’s about focussing on what we need to do right now. We need to go out there, stick to our game plans, remain focussed and obviously bowl the way we know how to bowl.”