WINN EXCLUSIVE – Bushfires most prevalent from March to June; farmers and firefighters face the brunt of the challenge 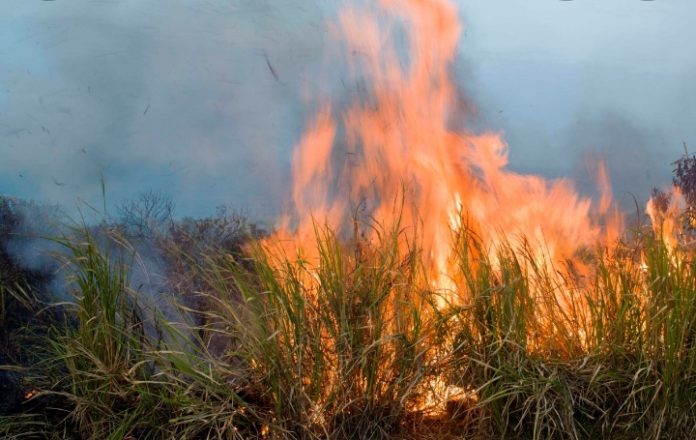 St. Kitts and Nevis (WINN): Wildfires commonly referred to as bush fires in St. Kitts and Nevis are quite prevalent between the months of March and June each year. 2022 is no exception as the St Kitts and Nevis Fire and Rescue Services has attended to a significant amount of wildfires for the year, thus far.

In an exclusive interview with WINN FM on Monday morning May 23, Fire Sub-station Officer Mr. Timothy Martin shared the Wildfire statistics for the first quarter of 2022.

“I could tell you the stats for January to April. So far for wildfires, we have had 72 wildfires and if I am to break it down into station categories, we had 30 for Basseterre, we had two for Charlestown in Nevis, 17 for Tabernacle, and 23 for Sandy Point.

“We have been getting calls for a number of bush fires lately. During the year, we normally say fires peak between March to  June. However, March (2022) was considerably low, in terms of fires. In the latter part of April moving into May, fires seem to have been picked up somewhat. So, in that area, in the New Guinea Section, we recognize that lately, there have been lots of fires. We’ve been getting a lot of calls, especially to the boatyard area.

On Sunday, May 22, WINN FM went to the scene of a bush fire in the Half Way Tree, New Guinea area of St Kitts. Our news team witnessed firefighters of the Sandy Point and Tabernacle Fire Stations extinguishing the bushfire that appeared to have burnt the mountainous terrains and was making its way to small farms and the Cons Phipps Housing Project. Firefighters were on the scene for over six hours.

Some farmers lost livestock during the fire. One farmer, in particular, said he lost three goats because they were tied and couldn’t get away. WINN FM also witnessed a horse that was burnt almost throughout its entire body. Fire Substation Officer Martin suggests that farmers check on their animals immediately upon recognizing that there is a fire nearby. He also said farmers should attach a piece of canvas to their livestock chains so that if a fire is in the area, the fire will burn the canvas, which will loosen the animals, allowing them to run to safety.

Fire Substation Officer Martin said the cause of the wildfires are not yet known. He pleaded with the general public to not intentionally light fires and if doing so, desist from such practice.

The fire officer expressed that it could be quite tedious for firefighters when attending to bushfires, whilst sharing some of the main challenges that firefighters have to endure when carrying out their duties.

“It is very tedious. Now, you’re talking about having an extended period of time out there, making numerous trips back and forth. The fire appliance could only hold so much water and when that water is depleted, we have to go and refill via hydrants. Then the officers have to roll out hoses; having to traverse through bushes, and the terrain itself. So it can be tedious for a fire officer fighting these bush fires. We wear special suits which we call bunker gears. These have added weight to them, so it is a challenge fighting these fires, said Martin.”

Martin expressed gratitude to the firefighters from the Sandy Point and Tabernacle Fire Stations, who on Sunday exhibited dedication and commitment in controlling the wildfire. He also lauded the work of all other firefighters who continue to provide such a critical service to the country.