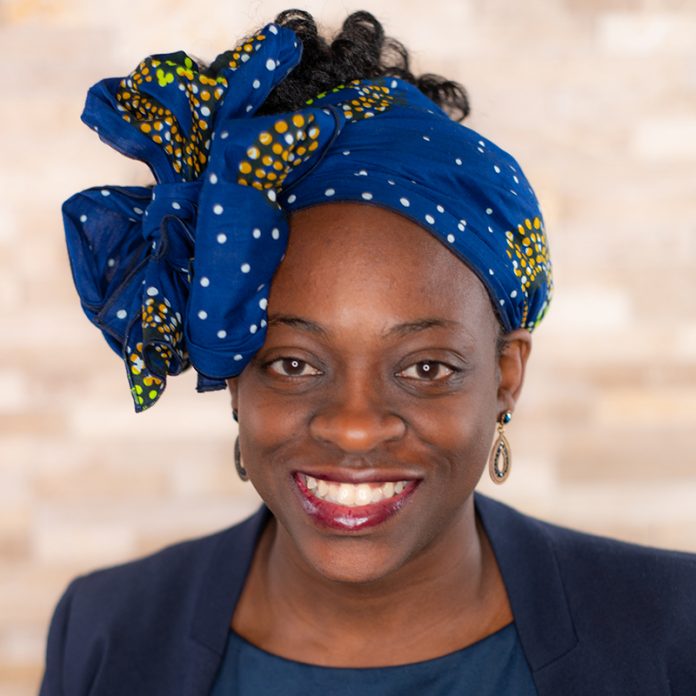 St. Kitts and Nevis (WINN): Daughter of the soil, Willa Liburd Tavernier, a Research Impact & Open Scholarship Librarian at Indiana University, conceived and made reality an idea for an open-source digital resource collection chronicling the experience of African Americans in gaining and losing wealth.

The collection is called the “Land, Wealth, Liberation” digital resource, and it details the experiences of African-Americans; exploring how black communities were established and the various ways in which they were eventually destroyed, some by violence, government policy and infrastructure projects.

The resource is an interactive timeline with photos, videos, historical information, and resources for educators covering 1820 to 2020.

WINN’s news team spoke with Tavernier in an exclusive interview where she shared the inspiration for the creation of the digital resource citing her unique experience as a national of St. Kitts and Nevis and having had access to the history of her country when compared to the misinformation of the African American experience in the US.

“There is a lot of misinformation online… it’s quite a different experience, having grown up in St. Kitts and Nevis and living in the US for a few years, in terms of the way… the US doesn’t confront its history head-on and the lack of knowledge just generally in society about the experiences of people who are not the dominant culture,” said the Librarian.

“I think because of that lack of knowledge and also because we are living in this information age where there’s a lot of information online, but people don’t necessarily have the skills to distinguish between what is reliable information and what is unreliable information. There is, as a result, a lot of tension between people from different cultural groups.”

Tavernier hopes that the resource could foster greater understanding between people of different cultural groups.

In speaking about the significance of creating the digital resource collection, Tavernier shared that part of it lies in the systematic disparity in rights and opportunities for black Americans, especially in the relationship between the justice system and the marginalised community.

“If you go on the History of Policing website itself, they tell you about how a lot of police forces really emerged from groups that were set up to catch [unslaved individuals]; they tell you about that history. But people are out there saying police are not biased in any way, it’s really a matter more of a class bias, that the Justice System is biased against the poor.”

The issues were also compounded on the part of the US Government.

“While the Justice System is biased against the poor, that’s only part of the story, and that’s only part of the story because there is a reason why there’s a huge wealth gap between African Americans and white Americans. And it’s not an accident, and there were very deliberate governmental policies and attacks on black communities that resulted in the wealth gap. There’s also a wealth of scholarly information out there on how the Justice System in the aftermath of the Civil War was positioned to take advantage of African Americans by criminalising certain activities like loitering.”

She added, “but also if you weren’t employed because you didn’t have [many] opportunities for employment and if you were looking for a job… you could easily be picked up and imprisoned… and the kinds of terms of imprisonment people could get from minor crimes and that [were] used against African Americans. But we did have to scope the project; I could not explore every avenue of the racial wealth gap. In terms of doing the research, the story began to tell itself and to really focus on communities.”

Tavernier said the researchers constantly added to the timeline, which only contained 50-60 percent of their research.

Is there an estimation of how much African American History is still unaccounted for and under-represented?

“I don’t think that [it would] be easy to estimate, and the reason is that scholarship on African American History has largely been marginalised within mainstream academia. So, Black Studies Programs, of which the one we have here at Indiana University, the African American and African Diaspora Studies Department, (one of the two oldest in the nation), but these programs only started after the Civil Rights Movement of the 1960s in the US that [spilt] over into academia, with students asking for black studies programs. So you have a lot of these programs that started in the late 1960s and early 1970s, often not as well funded as other departments. Unlike other fields, where research has been done in those fields for hundreds of years, this is a relatively new discipline.”

What are the implications for the historical perspective of the Caribbean?

Initially, the Librarian mentioned that she did not think that St. Kitts and Nevis and the wider Caribbean have the same problems as the US considering the education on the history of Afro-Caribbeans available starting from primary school to the University of the West Indies’ History Department, which Tavernier described as “really strong.”

However, she later added that there might well be similar experiences of marginalisation of Kittitian/Nevisian history within the broader field of West Indian history.

Tavernier shared that she owes immense gratitude to Mrs Victoria O’Flaherty, former Head of the National Archives in St. Kitts and Nevis, for inspiring her work.

“While I was researching my thesis for my Masters in Library and Information Science on theorising open access to archives, she provided a lot of guidance, including letting me see her thesis called “Their Archives and Ours: Relevance of Archives in Post-Colonial St. Kitts”.  In that thesis, she points out that there is still a lot of unexplored St. Kitts history.”

Tavernier said the revamped website, https://www.historicstkitts.kn/timeline-history-of-st-kitts, that chronicles the history of our nation, spearheaded by the former Head of the National Archives greatly influenced her approach to her work, including the creation of the digital resource Introduction · Land, Wealth, Liberation: The Making & Unmaking of Black Wealth in the United States · IU Libraries Digital Exhibitions (http://indiana.edu).

Listen to the full interview with the daughter of the soil, Willa Liburd Tavernier, here: