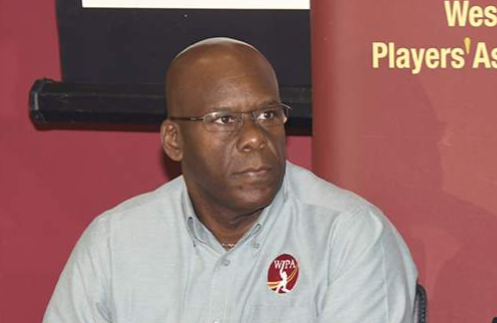 BRIDGETOWN, Barbados (CMC) – Players union, West Indies Players’ Association (WIPA), says it has no qualms over the safety of the West Indies squad on the upcoming tour of Bangladesh and has thrown its support behind the COVID-19 health protocols implemented for the series.

Secretary Wayne Lewis said WIPA had held extensive discussions with Cricket West Indies (CWI) over the tour and were convinced the protocols were consistent with what had been executed on recent previous tours.

“We’ve had absolutely none [worry over protocols] because [they’re] the same exact protocols as what transpired in England and also in New Zealand,” Lewis told Starcom Radio’s The Mason and Guests cricket show.

“We’ve had extensive meetings with Cricket West Indies and their team and our team, led by our Dr. Andre Cooke who guided us throughout that process because we’re not medical doctors. We have no skill set for that so we had our doctor [there] who sat in on all those meetings and we had extensive conversations about everything.

“We’ve crossed all the t’s and dotted all the i’s as it relates to the tour and therefore we were happy at the end based on a [reconnaissance tour] that was done by Dr [Akshai] Mansingh.”

Ten first-choice players last week declined selection for the Bangladesh tour which comprises three One-Day Internationals and two Tests, with CWI citing “COVID-19-related concerns or personal fears” as the reason behind their absence.

CWI agreed to the tour after Mansingh, a director and member of its medical advisory committee, carried out a review of the facilities and protocols in a trip to Bangladesh last November, and gave the safety mechanisms a huge endorsement.

And Lewis said WIPA had reviewed Mansingh’s report and had no reason to believe players would be placed at risk during the January 10 to February 15 tour.

“We looked through his report and we did our own check as to exactly what is happening in Bangladesh as well, so we’re pretty confident,” Lewis explained.

“I would not be part of a team to agree to allow the youngsters to tour if I was not 100 percent certain that the protocols were in place.

“Cricket West Indies are sending a doctor to ensure and enforce all the protocols, so we have no real concerns. We expect everything will be adhered to and therefore we feel very comfortable that the guys will be protected.”

Selectors have been forced to pull together a second-string side for the ODI and Test tours, with seasoned opener Kraigg Brathwaite asked to lead the Test unit and Trinidadian Jason Mohammed recalled for the first time in nearly three years to captain the ODI squad.

There are also several uncapped players in both sides and while Lewis admitted to being surprised by the number of withdrawals for the tour, he said it was an opportunity for many of the younger players to stake their claim.

“It’s unprecedented that so many players have opted out of one tour. We’ve seen…even [for the tour of New Zealand] three players opted not to go…[and] there were some players who refused to tour England as well for the first time when the team went to England,” Lewis said.

“But I didn’t expect that number [for the tour of Bangladesh] so I am kind of surprised by that but…they have the right to not tour. If they think their health is at risk and they don’t want to trust what we negotiated and what we agreed on and they think they feel vulnerable and they’d like to opt out of the tour, it’s their right to do that.

“Cricket West Indies have always said, and I’m reiterating the point, it would not go against the player if they choose to not tour – and so far it has worked. I haven’t seen where any player has been disenfranchised for opting out of a tour.”

He continued: “I’m very philosophical about these things. Last time the strongest West Indies team we could have selected went to Bangladesh and we were destroyed. It’s an opportunity for younger players to get an opportunity to establish themselves and try to hold on to this opportunity that has been given to them.

“On that basis, I am very hopeful and excited for them; [I’m] hopeful they will do well and give a good account of themselves and play with the passion that lovers of cricket have always asked for.”