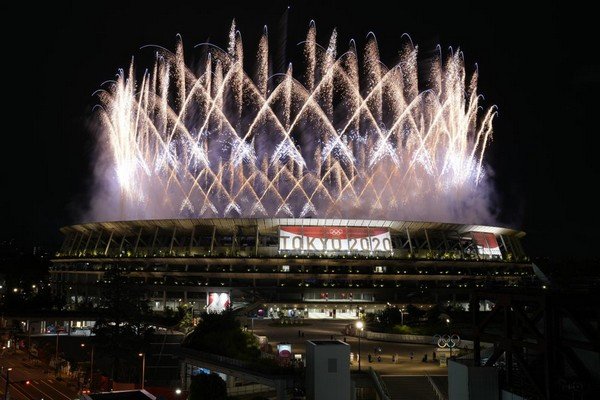 TOKYO (AP) — Belated and beleaguered, the virus-delayed Tokyo Summer Olympics finally opened Friday night with cascading fireworks and made-for-TV choreography that unfolded in a near-empty stadium, a colorful but strangely subdued ceremony that set a striking tone to match a unique pandemic Games.

As their opening played out, devoid of the usual crowd energy, the Olympics convened amid simmering anger and disbelief in much of the host country, but with hopes from organizers that the excitement of the sports to follow would offset the widespread opposition.

Trepidations throughout Japan have threatened for months to drown out the usual carefully packaged glitz of the opening. Inside the stadium after dusk Friday, however, a precisely calibrated ceremony sought to portray that the Games — and their spirit — are going on.