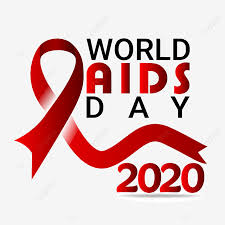 Georgetown, (Demerara Waves) – Health Minister Dr. Frank Anthony, on the occasion of World AIDS Day being observed on Tuesday, announced that Guyana is among several Caribbean countries that have inched closer to most people living with HIV knowing their status.

“I am happy to announce Guyana was identified among countries in the Caribbean to have made significant strides in achieving the first 90 of the UNAIDS 2020 “90-90-90” goal,” he said in a message to mark the annual observance under this year’s theme, “Global solidarity, shared responsibility”.

He says up to the end of 2019, Guyana had recorded 8,700 persons living with HIV, making this country one of those in the region that have made significant strides in achieving the goal of 90 percent of people knowing their HIV status. Dr. Anthony says with 73 percent on antiretroviral therapy, there is 75 percent with viral suppression.

The Health Minister says that with strategic implementation over the next year, the Pre-exposure Prophylaxis (or PrEP) programme is expected to help prevent the spread of the disease and will be available for those who are at risk of HIV infection.

He says, on the occasion of World AIDs Day, Guyana’s revised and finalised National Strategic Plan (NSP) for 2021-2025, which sets out Guyana’s priorities for HIV prevention will be relaunched.

The Health Minister said a virtual discussion on the overarching HIV programme in Guyana is to be held with several local non-governmental organisations (NGOs), while there will be one webinar each on Transgender Medicine and Hormonal Therapy, and
Prevention of Mother to Child Transmission (PMTCT).

“Clearly, as the theme suggests, in the fight against HIV/AIDS, we all have a role to play, and it is my intention that, as the Minister of Health, we will work to strengthen our relations with local NGOs and religious organisations as we partner to fight against HIV and improve our HIV/AIDS programme,” he said.

Dr. Anthony said the Guyana government would continue to collaborate with “our international partners as we seek technical support and best practices to continue providing much-needed services to the people of Guyana who are affected with HIV.”