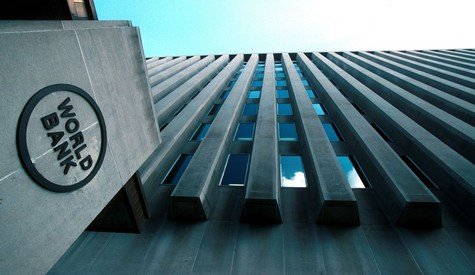 WASHINGTON, CMC – The World Bank has approved a grant financing of US$120 million for the Haiti Resilient Connectivity and Urban Transport Accessibility Project.

The Bank also approved additional financing of US$11 million for the Haiti strengthening Disaster Risk Management and Climate Resilience Project.

The Washington-based financial institution said the infrastructure grant will enhance rural connectivity in the southern peninsula and improve climate-resilient urban mobility in Cap-Haïtien, while strengthening institutional capacity in the urban transport sector.

It said the Disaster Management Risk project will increase the emergency response and evacuation capacity of selected municipalities in high climate risk-prone areas.

The World Bank said urban transport in Haiti is a major limiting factor for access to economic activities, development and economic growth.

It said congestion levels are severe in several major cities mainly due to a combination of the poor conditions of road infrastructure; suboptimal use of public street space; and frequent climate-induced related disruptions and an unregulated public transport system, which contribute to constraints on accessibility and create long travel times.

At the same time, the World Bank said while recent efforts to improve the road network increased intercity connectivity, 50 percent of the national territory remains poorly connected, and some regions are totally isolated for days during the rainy season, which often comes with major storms and hurricanes.

The World Bank said transport infrastructure in the South Peninsula has suffered the impacts of frequent and severe climate change events.

It said the recent earthquake of August 2021 damaged more than 850 km of primary and secondary roads in the southern region, resulting in damages to the transport sector of up to US$160 million and leaving more than 450,000 people isolated.

The Bank said the Resilient Connectivity and Urban Transport Accessibility Project aims to strengthen the overall resilience of the road network in the South Peninsula by financing road improvements and institutional activities to improve climate resilience.

It will improve mobility along selected corridors in Cap-Haïtien through a low-carbon urban mobility model by expanding conditions for safe non-motorised mobility, strengthening urban infrastructure resilience to climate change and extreme weather events, and improving operations of the public transport system, the World Bank said.

It said the project will also support the modernisation and professionalisation of public transport services in the targeted regions.

The Bank said between 1972 and 2022, Haiti has been hit by more than 110 disasters, adding that the upcoming hurricane season in the Caribbean region is predicted to be above average, with likely 14 to 21 named storms including three to six major hurricanes.