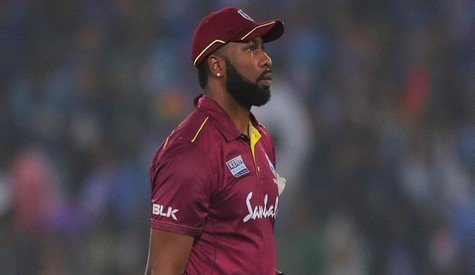 The final 15 selected to represent the West Indies for the tournament in the United Arab Emirates and Oman, has stirred up considerable debate in the Caribbean, with several questioning the age of the squad. At current, the team boasts four players over the age of 35, with an average age of 30.6.

Pollard, however, sees the likes of Chris Gayle, Ravi Rampaul, and Lendl Simmons in the squad, several of whom have won multiple World Cups, as a major advantage, particularly in tight situations.

“It’s great to have all these guys and myself playing together again,” Pollard told India.com.

“This hasn’t happened in a very long time. No matter which way you look at it you can’t beat experience because we have seen different scenarios time and time again,” he added.

“We react (to those scenarios) and we get the other players to react and understand the magnitude of what we are in and what we are about to do. Having guys like that to lean on is great, and guys that can get you out of situations where people might think, or you might think as well, that you can’t get out of.

“The younger guys get to learn and get to understand some of the things that are needed to be successful, especially from a T20 aspect. As I’ve said before, we would have seen it time and time again all over the world, different situations, different conditions, different bowlers – having guys like that to help the younger guys, I think you can’t ask for anything better than that.”