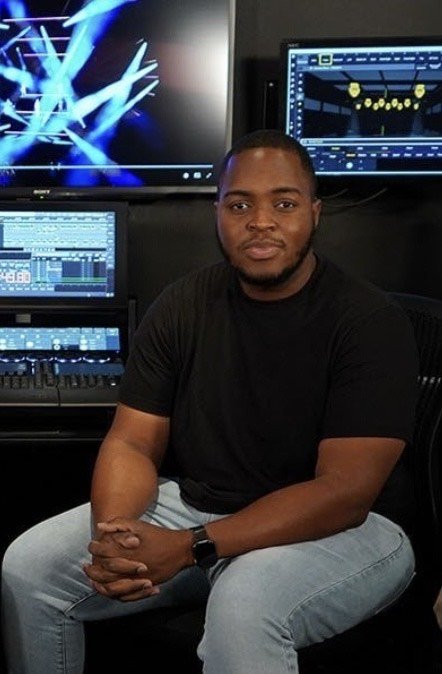 St Kitts and Nevis (WINN): Twenty-one-year-old Garian Fleming of Anguilla has been given a significant opportunity to ply his trade at this year’s St Kitts Music Festival. He is the lighting designer/production manager for the event.

During a live interview with Mulley Media, Fleming explained that he immediately began to prepare for the festival, once he was contacted for the job, though he encountered some challenges.

“It was just a couple of months ago when I got contacted for this Music Festival. I was at home and my usual process would be to sit down and watch other people’s shows and gain ideas from there and over the course of about three days I had a working draft; something pretty cool, pretty neat. Coming down to the end, like a month before the festival, I had to change it altogether due to some technicalities, calculations like load limits and that kind of stuff.”

Flemming also expressed satisfaction with the hospitality and respect shown to him, as preparation gets underway for the St Kitts Music Festival.

“The experience working in St Kitts in comparison to other countries, well we always have our ups and downs but I felt welcomed by the local crew. Everybody was diligent. They have a lot of respect for me and they wouldn’t give me [any] kind of disrespect. Everybody has been so peaceful and calm.”

According to Fleming, he has been in the audio visual industry since the age of ten and has worked at several regional and international festivals or events. The young professional also shared his recent achievement where he won the national prize for a programming contest in the United States.

The St Kitts Music Festival is slated for Thursday, June 23 to June 25 2022 at the Kim Collins Stadium, 7 p.m. nightly. Some of the international artists to feature in the festival are Ashanti, Rotimi, Wale, and Keyshia Cole. Artists from the region include Beres Hammond, Christopher Martin, Destra and the Bakanal Band, Sean Paul and Nadia Batson. Some of the local acts are Venelle Powell, Byron Messia, I-Mark and the Small Axe Band.