Young: Kamla’s no confidence motion is ‘struggle for relevance’ 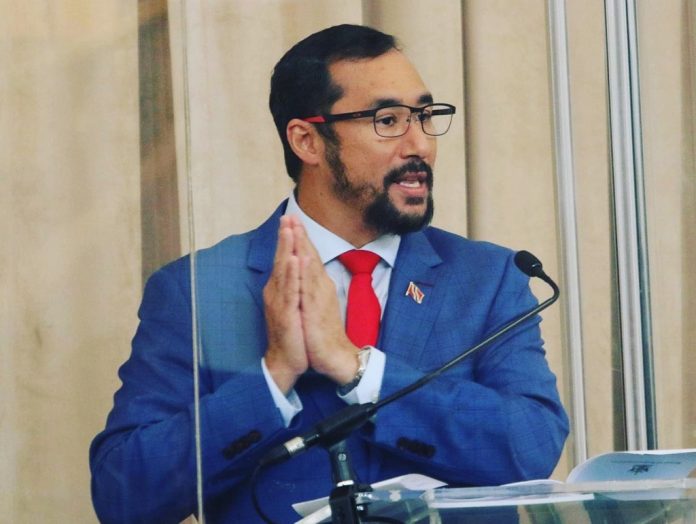 Trinidad and Tobago (Loop News) – Minister of National Security Stuart Young has dismissed the no-confidence motion brought against him by Opposition Leader Kamla Persad-Bissessar as “a struggle for relevance”.

In a statement on Wednesday, the head of the United National Congress (UNC) announced the motion citing concerns with the country’s border security, the alleged secret award of private security contracts, the government’s migrant registration policy and the continued closure of the nation’s borders.

Responding via a press release, Young sought to remind that T&T stopped the entrance of persons into the country as a direct response to the pandemic.

“It is downright shameful that a Senior Counsel is not seized of the laws of Trinidad and Tobago,” he said, referencing Persad-Bissessar.

“The borders of Trinidad and Tobago have been legally closed since March 2020 based on the advice of our public health experts. This measure is a pillar of the public’s protection in the face of a global pandemic (COVID-19). The closure of the borders is legal and done in accordance with our laws.”

Further, the Minister of National Security accused the UNC of attacking him as part of a “desperate plan”.

“It is noted how much time and energy the opposition spends focused on me. They have even resorted to lies and misinformation as their usual tools of trade when referring to me. So, the motion filed by the Leader of the Opposition, attacking me, is simply part of their continued misconceived and desperate plan.”

He ended by pledging to stay true to his oath of office and carry out his duty without fear, favour, malice or ill-will.