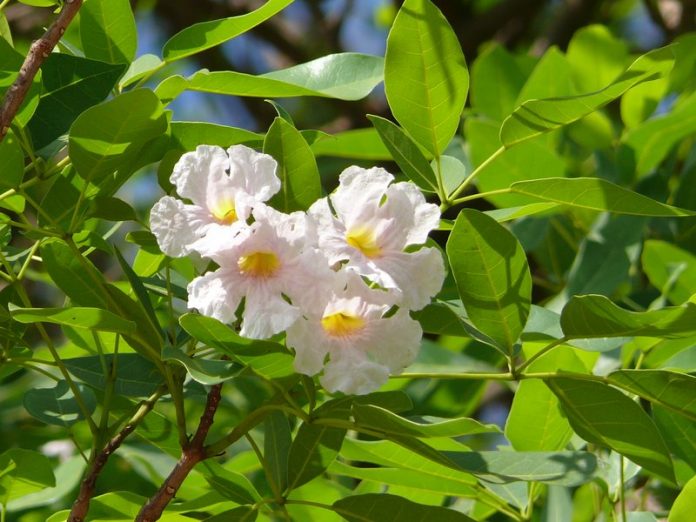 St. Kitts and Nevis (WINN) – Under the patronage of Governor-General His Excellency Sir S W Tapley Seaton and in collaboration with the Ministry of Youth Empowerment, a “Tree Planting Initiative” Launch Ceremony was hosted in celebration of The Queen’s Platinum Jubilee on June 2, at the start of Child Month 2022.

Queen Elizabeth II ascended the throne 70 years ago at 25 in February 1952.

With the continued push for more action combating the effects of climate change, the Department of Youth Empowerment dubbed the launch of the initiative “70 trees for the Queen’s 70th Jubilee.”

The initiative will see 70 trees planted throughout the Federation between June and November by government officials, citizens, school children and business partners.

The project was inspired by The Queen’s Green Canopy project to mark her Jubilee, which saw a total of 4,374 trees planted throughout the United Kingdom by citizens.

The first two, Poui trees, were planted at Government House by the Governor-General and Prime Minister Hon Dr Timothy Harris as part of the ceremony to mark the Queen’s 70 years on the throne as the British monarchy.

The Governor-General Sir Tapley Seaton, in brief remarks, said the emphasis of this initiative is the trees, “While we’re not going overboard in terms of commemorating this occasion where [people] may say “why do we do this at this stage in our development?” It is useful to note that the emphasis being placed this morning is on tree planting, and that is something that is symbolic of our action to promote the efforts of [combatting] climate change. Climate change has come as a challenge to all of our countries, and one of the aspects of it that can counter climate change is the planting of trees.”

The Governor-General praised the initiative for its action in fighting against the effects of climate change and shared that fruit trees will be planted among the 70.

The other 68 trees will be planted throughout the Federation during the rest of the year.

The Prime Minister, in his remarks, spoke of what he believed was the intention of the Queen to plant trees as an active inexpensive intervention that can be done by any in all walks of life to actively combat climate change through filtering carbon emissions and helping to expand food supply and ecological habitat for animals etc through planting trees.

“It must have been her intention for leaders us to see the economic benefits of simply planting trees, as this provides many raw materials for several industries, including biotic materials such as wood, fibre, honey, rubber, and many others. It must have been the intention of Her Majesty to remind us of the powerful spiritual lesson that can be derived through the process of planting. Jeremiah compares us to a tree that is planted in fertile soil on the bank of a river to which it extends its roots and from which it derives abundance of sap and nourishment.”

Dr Harris concluded, “Climate change remains an existential threat to our country, and indeed the entire world. We must act intelligently and rapidly work to save our planet. The ultimate power resides in our hands to ensure that we reverse the possible damages and dangers confronting planet earth today. The upcoming generation is depending on us.”

In his closing remarks, Director of Youth Pierre Liburd said, “A society grows great when old men plant trees in whose shade they know they shall never see. And it’s even greater when you do that hand in hand with young people who could value that experience; grasp the understanding, the importance [and] the significance of the act, and know that their actions would continue to benefit generations and they would hold that as part of their spirit, their character and pass it on, to sit hand in hand with younger generations to plant trees to benefit those that follow.”