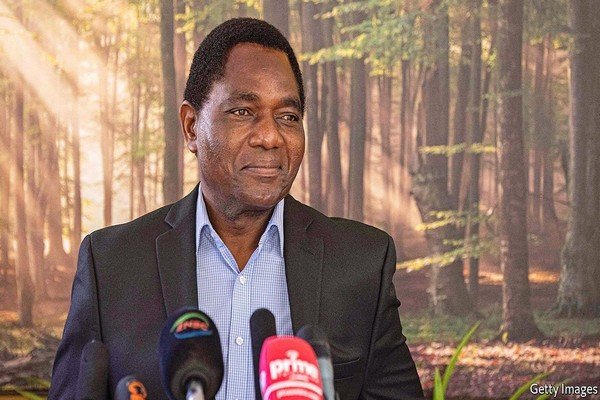 (Al Jazeera) Zambia’s newly elected leader Hakainde Hichilema has been sworn in after an election victory hailed as a rare triumph over authoritarianism and a milestone in African democracy.

Hichilema, 59, took the oath of office on Tuesday before thousands of jubilant supporters gathered at the Heroes Stadium in the capital, Lusaka, sporting the red-and-yellow regalia of his United Party for National Development.

Many spent the night at the venue to secure a seat. They cheered ecstatically as Hichilema stepped out of a white SUV in a face mask, dark suit and red tie, waving white-gloved hands as his security team struggled against the crowd.

“I, Hakainde Hichilema, do swear that I will faithfully and diligently perform my duties … in this high office,” he declared, a bible in hand, as the packed stadium clapped and roared.