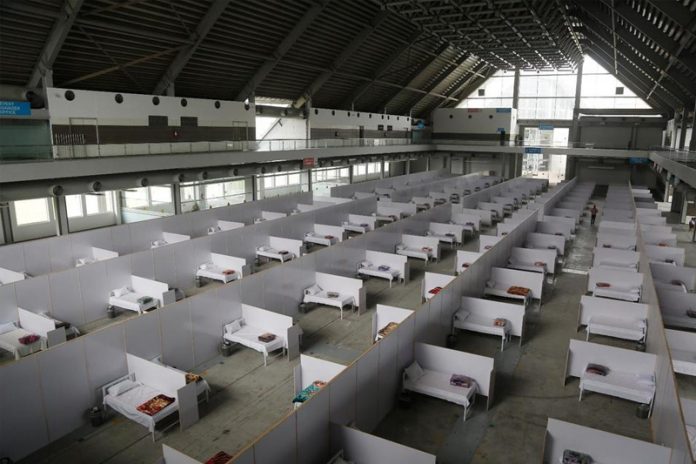 ISLAMABAD (AP) — China sent a plane loaded with medical personnel and supplies Saturday to help Pakistan fight the spread of the coronavirus in one of the world’s most populous nations.

Across the Middle East and elsewhere, the outbreak has raised concerns that health systems strapped by multiple wars, refugee crises and unstable economies won’t be able to handle a growing numbers in cases. Iran is battling the worst outbreak in the region and state TV said Saturday another 139 people had died from the virus. That pushed the total fatalities in Iran to 2,517 amid 35,408 confirmed cases.

China has sought to portray itself as a global leader in the fight against the outbreak, which began a few months ago in its Wuhan province. The plane carrying aid to Pakistan was met at the capital’s airport Saturday by Foreign Minister Shah Mahmood Qureishi, who greeted the arriving Chinese doctors and officials.

China had previously sent ventilators and masks to Pakistan, a key link in China’s ambitious multi-billion-dollar One Road Project linking south and central Asia with China. China is also a key military supplier for nuclear-armed Pakistan, having supplied the country with missiles capable of carrying atomic weapons.

Pakistan, with a population of 220 million, has 1,408 confirmed cases of the virus, including 11 deaths from the illness it causes, COVID-19. Most of the infected people there were travelers returning from neighboring Iran.

Most people infected by the virus only experience mild symptoms, such as fever and cough, and recover within a few weeks. But the virus can cause severe respiratory illness and death, particularly in older patients or those with underlying health problems.

Pakistan has closed its borders with both Iran and Afghanistan, but has come under widespread criticism for its initial lax response to the virus.

Even as the pandemic spread to the country, Pakistani authorities allowed tens of thousands of Islamic clerics from around the world to congregate for three days outside the eastern city of Lahore. Some 200 of the clerics are now quarantined at the site of the gathering, a sprawling compound belonging to an Islamic missionaries group, Tableeghi Jamaat.

Many of the visiting clerics at the conference returned to their home countries, some of them carrying the coronavirus. The first two reported cases in the Gaza Strip attended the three-day gathering in Pakistan, and are now under quarantine in Gaza. Other linked cases have emerged elsewhere in the Middle East and Central Asia.