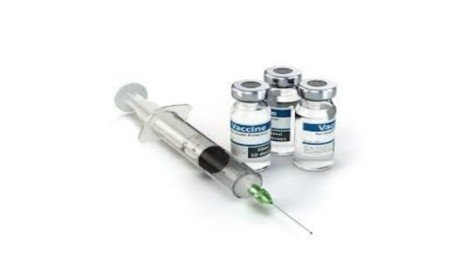 LONDON, England (AP)— British researchers testing an experimental vaccine against the new coronavirus are moving into advanced studies and aim to immunize more than 10,000 people to determine if the shot works.

Friday’s announcement came as Chinese scientists who are developing a similar vaccine reported promising results from their own first-step testing, seeing hoped-for immune reactions and no serious side effects in 108 vaccinated people.

Last month, Oxford University researchers began vaccinating more than 1,000 volunteers in a preliminary study designed to test the shot’s safety. Those results aren’t in yet but the Oxford team announced they’re expanding to 10,260 people across Britain, including older people and children.

If all goes smoothly, “it’s possible as early as the autumn or toward the end of the year, you could have results that allowed use of the vaccine on a wider scale,” predicted Andrew Pollard, head of the Oxford Vaccine Group.

But Pollard acknowledged there were still many challenges ahead, including how long it will take to prove the vaccine works — particularly since transmission has dropped significantly in Britain — and any potential manufacturing complications.

The Oxford shot is one of about a dozen experimental COVID-19 vaccines in early stages of human testing or poised to start, mostly in China, the US and Europe. Scientists have never created vaccines from scratch this fast and it’s far from clear that any will ultimately prove safe and effective.

Moving on to such a huge late-scale test doesn’t guarantee Oxford will reach the finish line, either. Pollard couldn’t provide any data from the first tests, but said an oversight board hasn’t seen any indications of worrisome side effects.

A small study in monkeys offers a note of caution: Teams from Oxford and the US National Institutes of Health found the vaccine protected against pneumonia but didn’t eliminate the coronavirus in the nose. Pollard said it was still an open question whether the shot could make a dent in how the disease spreads.

Likewise, Friday’s report about a similar vaccine being developed by China’s CanSino Biologics couldn’t address how protective the shot might be. All 108 test participants were quarantined in a hotel for 14 days after vaccination, to ensure they weren’t exposed to the coronavirus during a study meant to track safety.

Most volunteers reported at least one reaction typical for vaccines such as pain at the injection site, fever or fatigue. But there were no serious side effects, researchers reported in the journal Lancet. A month after vaccination, researchers spotted important immune responses including antibodies needed to block infection. But those responses were lower in the small number of volunteers ages 45 to 60, the oldest tested.

“The ability to trigger these immune responses does not necessarily indicate that the vaccine will protect humans from COVID-19,” lead researcher Wei Chen from the Beijing Institute of Biotechnology said in a statement provided by Lancet.

“This result shows a promising vision for the development of COVID-19 vaccines, but we are still a long way from this vaccine being available to all,” Chen said.

Both the CanSino and Oxford vaccines are made in a similar way: They use a harmless virus to carry genes for the “spike” protein that coats the coronavirus into the body, priming the immune system to react if the real infection comes along.

CanSino uses a weakened common cold virus called an adenovirus — and Friday’s study showed people whose bodies recognised that cold virus didn’t get as much of the presumed COVID-19 benefit. To avoid that problem, the Oxford vaccine uses an adenovirus that normally infects chimpanzees.

CanSino is awaiting results from 500 volunteers injected in a next-step study. In Britain’s soon-to-begin larger tests, researchers will address how Oxford’s shot will affect older adults, who are at high risk from COVID-19. Pollard noted that people over 70 often don’t get as much protection from vaccines as younger people.

Earlier this week, drugmaker AstraZeneca said it had secured its first agreements to produce 400 million doses of the Oxford-developed vaccine, bolstered by a US$1 billion investment from a US government agency.

The AstraZeneca investment hopefully will make the vaccine available globally, including in developing countries, said Lawrence Young of the University of Warwick. But he cautioned the shot’s effectiveness still is unclear, citing the monkey research.

“This raises serious questions about the ability of this vaccine to protect against infection in humans and to prevent virus transmission,” he said in a statement. “We need to be urgently exploring other vaccine candidates.”

Often, possible vaccines that look promising early fail after testing expands to thousands of people — one reason the crowded field is important. Many of the candidates work in different ways, and are made with different technologies, increasing the odds that at least one approach might succeed.

Other leading candidates — including one from the NIH and Moderna Inc, and another by Inovio Pharmaceuticals — simply inject a piece of the coronavirus genetic code that instructs the body itself to produce spike protein that primes the immune system.

Meanwhile, companies and governments are beginning to scale up production now, aiming for hundreds of millions of doses of the candidates they think might win the vaccine race.

It’s a huge gamble that could waste a lot of money if their choices fail and must be thrown away. But if they get lucky and a stockpiled vaccine pans out, it could help mass vaccinations start a few months faster.